On the 3rd of June in 2020, the World Economic Forum (WEF), led by Director Klaus Schwab and the Prince of Wales announced ‘The Great Reset’, which advocates for an economic recovery based heavily upon ‘mutual progress’ and environmental initiatives. Under the proposal which will be presented at the Davos summit in January, it calls for “Carbon pricing (that) can provide a critical pathway to a sustainable market” and “Accelerating green investments (that) can offer job opportunities in green energy”, among other things. 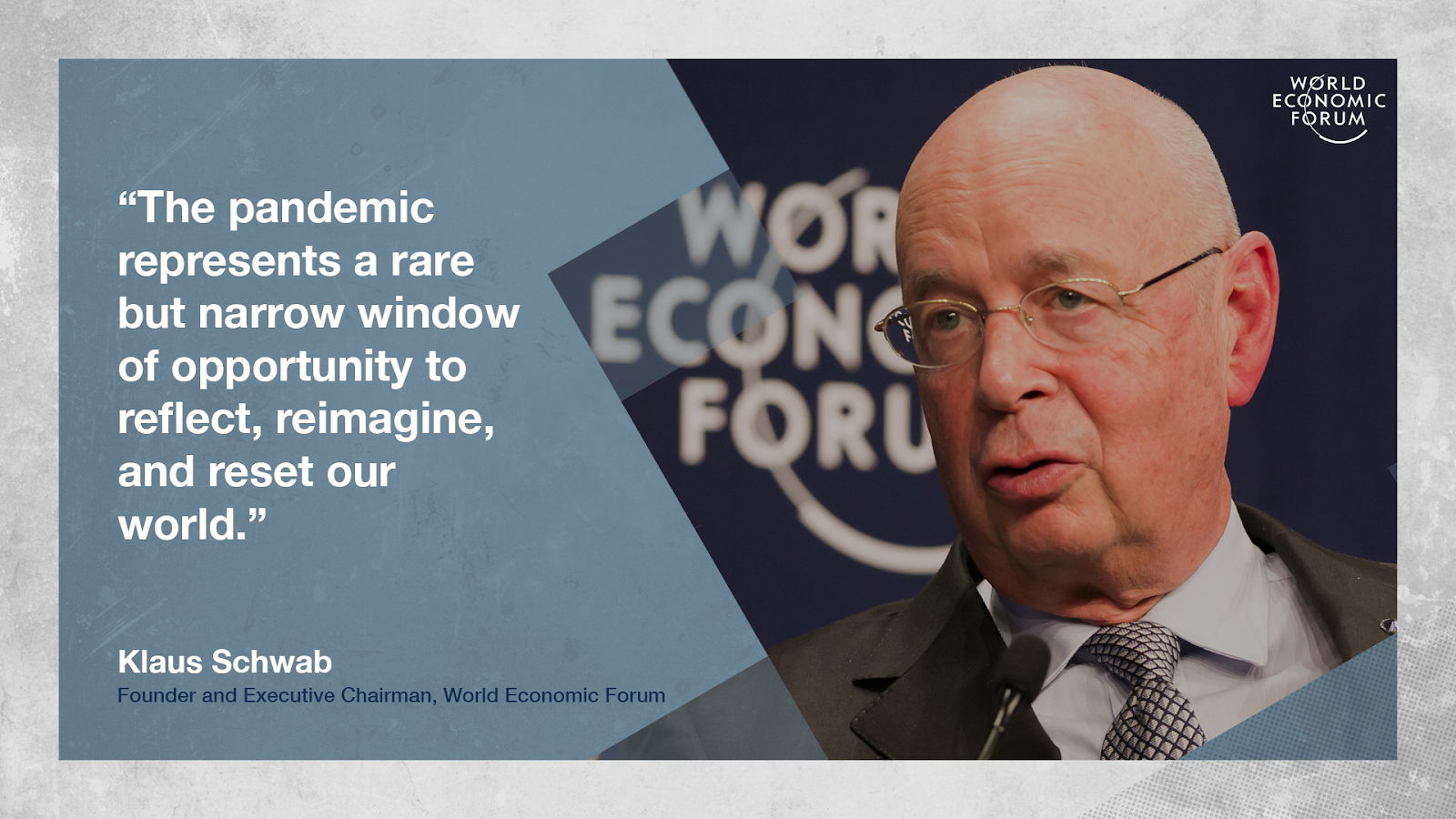 Where, as a conservative, can I start?

As I foreshadowed, a core tenet of the proposed reset would include accelerating green investments. This would in turn generate job opportunities for those retrenched by the pandemic or those who previously worked in carbon-intensive industries.

This all makes sense on the surface. But how do they plan on achieving this?

ECB President Christiane Lagarde flagged bond purchases for carbon-neutral projects as a means of funding future projects. In line with the Reset’s vision, the current €2.8T quantitative easing program could be expanded to compel investments that would otherwise be infeasible for the private sector.

Talk about a monumental interference of the free market.

Perhaps Lagarde should listen to her own subordinates, who found that “Only buying green bonds would have a small and temporary effect on polluting emissions.” (ECB WPS). The paper also goes on stating that macroeconomic variables such as unemployment and production would improve temporarily, however “Its expansionary effect also boosts brown production in the early periods, driving a slightly higher rise in pollution.” (Alessandro Ferrari).

Lagarde’s vision for a money-printing frenzy to fund green projects may also “Inhibit markets’ ability to accurately price climate risk, deterring some investors from getting involved.” (Trevor Allen, BNP Paribas). In other words, the market may become too distorted by the ECB that investors may look elsewhere despite the debt guarantee that QE offers.

All of these economic issues come without mentioning the political issues. Bundesbank President Jens Weidmann decried Lagarde’s push for green QE, as “In the long term, its independence (the ECB) could be called into question.” and that the principle of market neutrality could be violated as the ECB favours specific industries.

Sounds like Modern Monetary Theory for the renewable industry to me. But we couldn’t possibly question it, right? (Re: Donald Trump and Paul Keating – who would have thought these two would be in the same boat together?)

It simply does not seem like a recipe for success. There also seems to be a pattern – revolutionary promises that fall short of everyone’s expectations.

Despite advocating for the free market in their respective addresses, both Prince Charles and Klaus Schwab signalled the need for a carbon pricing mechanism as a means of reducing pollution.

Any economist would tell you that introducing any form of tax during an economic recovery is foolish and would simply reduce output and job opportunities, depressing the recovery period. As expenses increase for business, less money is available to hire new workers or expand their operations. This would also ripple into complementary industries.

In 2019, the IMF reported that the average carbon price hovers around US $2 per ton of C02. However, the World Bank discovered that the most efficient price in which emissions would reduce in line with the Paris Agreement would have to range between US$40 – $80 per ton globally. Imagine the global supply chain and general economic activity disruptions that would occur from this?

Who is going to take the brunt of the inevitable price increases? I suspect the folks attending the Davos Summit won’t be.

In December 2020, the World Economic forum posted the Davos Manifesto, which puts forth a vision of the fourth industrial revolution and asks “What kind of capitalism do we want?”.

I guess C. S. Lewis was right about the “abolition of the man”.

Capitalism and liberal ideals of life, liberty and the pursuit of happiness go hand-in-hand.

You cannot have one without the other.

To put the icing on the cake, Dr. Schwab suggested the use of brain scans and microchips to predict the future behaviour of individuals.

I am not kidding.

In one of his many books about this new world vision, he put it like this:

“Even crossing a national border might one day involve a detailed brain scan to assess an individual’s security risk.”

The vision of having digital health passports, microchips and the smartphone tracking every movement you make is alarmingly chilling. And it certainly deprives the individual of their liberty.

I think it is fairly clear that this new vision for the world offered by the World Economic Forum is spine-chilling. Despite claiming a radical reform of capitalism, the fine print clearly manifests a world with tighter economic regulation, and suffocating limits on the individual.

It’s time we the people take individual responsibility to educate ourselves on the agenda of the left. The fine print is much more important than the selling price.